The King Of 70s Horror

The Exorcist came out in 1973. Based on the 1971 novel by William Peter Blatty, The Exorcist is considered a cult classic, or just plain classic. But what made it that way? What makes this movie so especially spooky compared to all the other various horror films of the 1970s? Why is it that so many movie t shirts feature The Exorcist?

There are a few reasons.

First of all, the use of subliminals. The Exorcist contains many quick flashes of frightening images that might just escape your notice if you’re not careful. Take the scene where Merrin and Karras (the two priests) enter the house at night. In that scene, there is a brief flash of an evil face with makeup on the stove. Another example is where the Pazuzu demon’s outline is shown against the stairs. The use of brief images in The Exorcist works for two reasons. First, it provides a jump scare if you notice the image. However, if you don’t consciously register the images, then it works for a second reason: you register it subconsciously and it creates a general feeling of unease, adding to the horror. The Exorcist was not the first film to use subliminals. But it is one of the most effective.

Second, the combination of creepiness with jump scares. The three big Satanic horror movies of the 1970s were The Exorcist, Rosemary’s Baby, and The Omen. The Omen also used subliminals and the vague threat of Satanic forces, but the characters never find themselves face-to-face with something unworldly. The closest it comes is when the 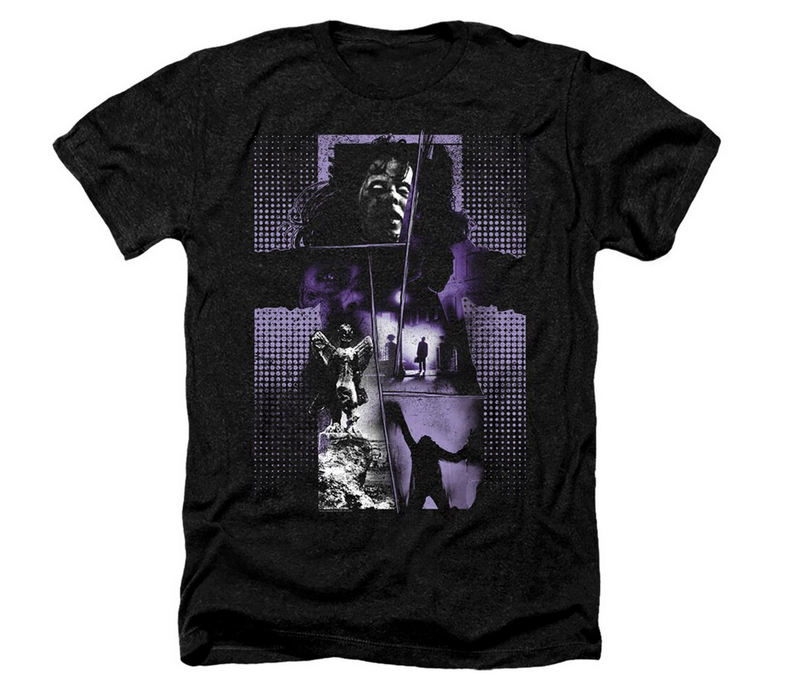 main character fights the babysitter. But the babysitter still looks and acts human, even if she is from Hell. Similarly, Rosemary’s Baby has a lot of devil worshipers and evil cultists. It also has an encounter with Satan. However, the encounter with Satan is hidden with strange cinematography and a dreamlike haze. The Exorcist has the nightmarish creepiness and ominous feeling of the other two movies. But it also has jump scares. There are a lot of direct and violent encounters with the demon. It’s very “in your face,” but also has subtle parts. Combining these two is part of what makes The Exorcist a classic.

Third, the use of children. All of the big three horror films involved children. In Rosemary’s Baby, you never see the antichrist child. And in The Omen, the antichrist child looks and acts like a normal child, except for the 666 hidden in his hair. In The Exorcist, however, we see a shocking transformation. Regan begins as an innocent twelve year old girl, and ends up as a shrieking demon-possessed lunatic. She goes from being sweet and normal to screaming obscenities and blaspheming. Whereas we never even see Rosemary’s antichrist child, and the kid from The Omen doesn’t do all that much. The Exorcist exploits the shock value of using a child to the utmost by showing us the transformation from ordinary child to demon.

So there you have it: the real reason why The Exorcist is the very best of 70s horror. This