We are all in the same boat: stuck at home and looking for something to binge watch on one of the numerous streaming services we all seem to collect like barnacles on the hull of a ship.  You've watched the Mandalorian; you've watched Tiger King; you've watched pretty much everything new and exciting (or new and kind of boring) on Netflix, Hulu, Amazon Prime, CBS All Access, Disney Plus, YouTube Red, Sling, Fubu, and Crackle.  You've reached the point where you are desperate for something to watch.  What can you do to scratch that nerd itch?

Here are some shows you've all seen years ago (if you haven't stop reading this and go watch them all now.  You are in for a treat) but perhaps hadn't considered doing again along with reasons why they make for a good rewatch.  It's either this or a real discussion with your family (I know which way I vote). 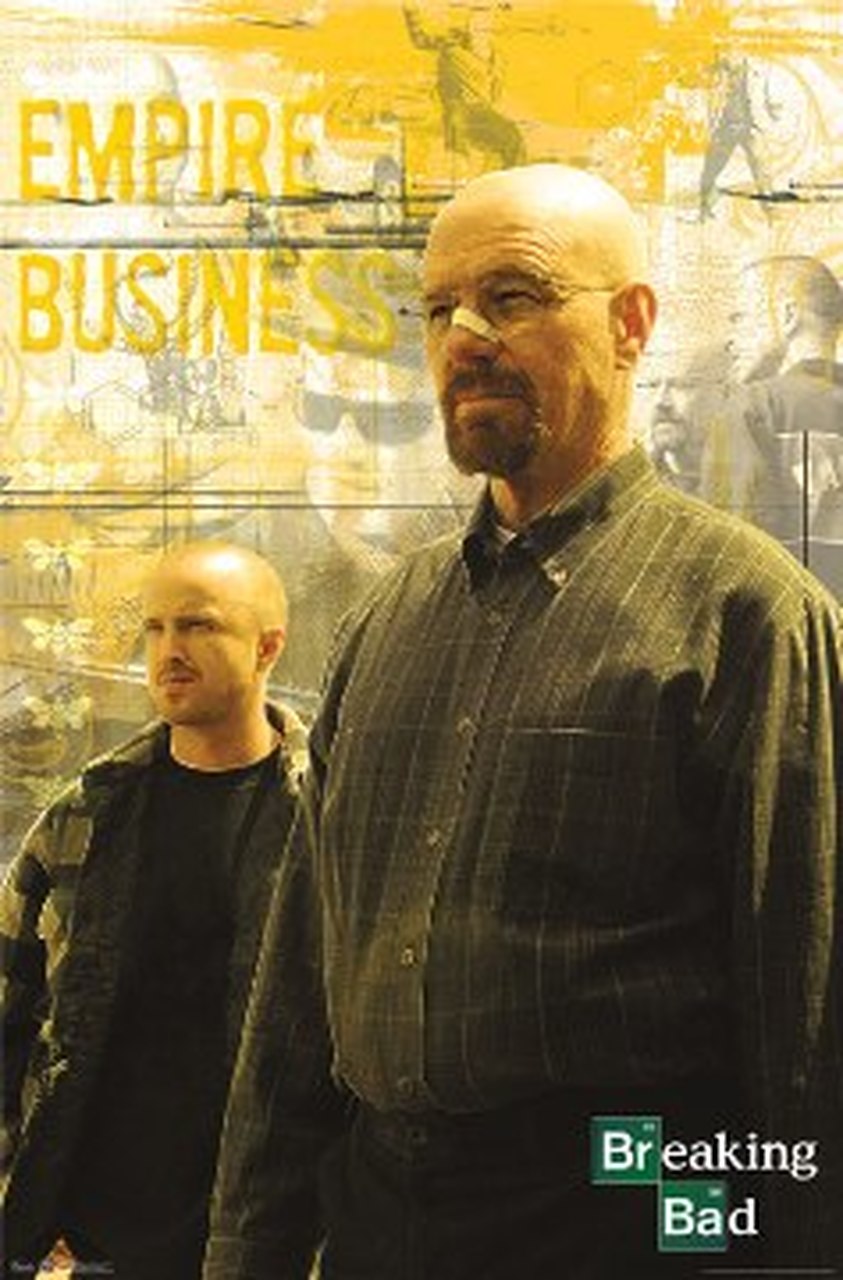 Breaking Bad is a great show for a second (or even third viewing) as you can really see how the writers really set up the evolution of Walter White and Jesse Pinkman from season 1 to 5 and all the little future breadcrumbs you will see later on in the show.  Remember the controversy Jesse and Walter had trying to find the correct plastic tubs with which to dissolve a human body?  By season 4 they had dozens of them in the back of the lab ready for use but in watching the show again I realized that Walter is actually struggling to move one of them early in season 1 while working at the car wash.  This show is a great example of a true character arc (although in truth I have always felt that the arc was Jesse rather than Walt.  Walt was always a bad ass and only let his true nature reveal as the show progressed) and the final nature of each character is revealed by little clues early on.  Also the final fate of Hank is still one of my all time favorite TV show scenes of all time. 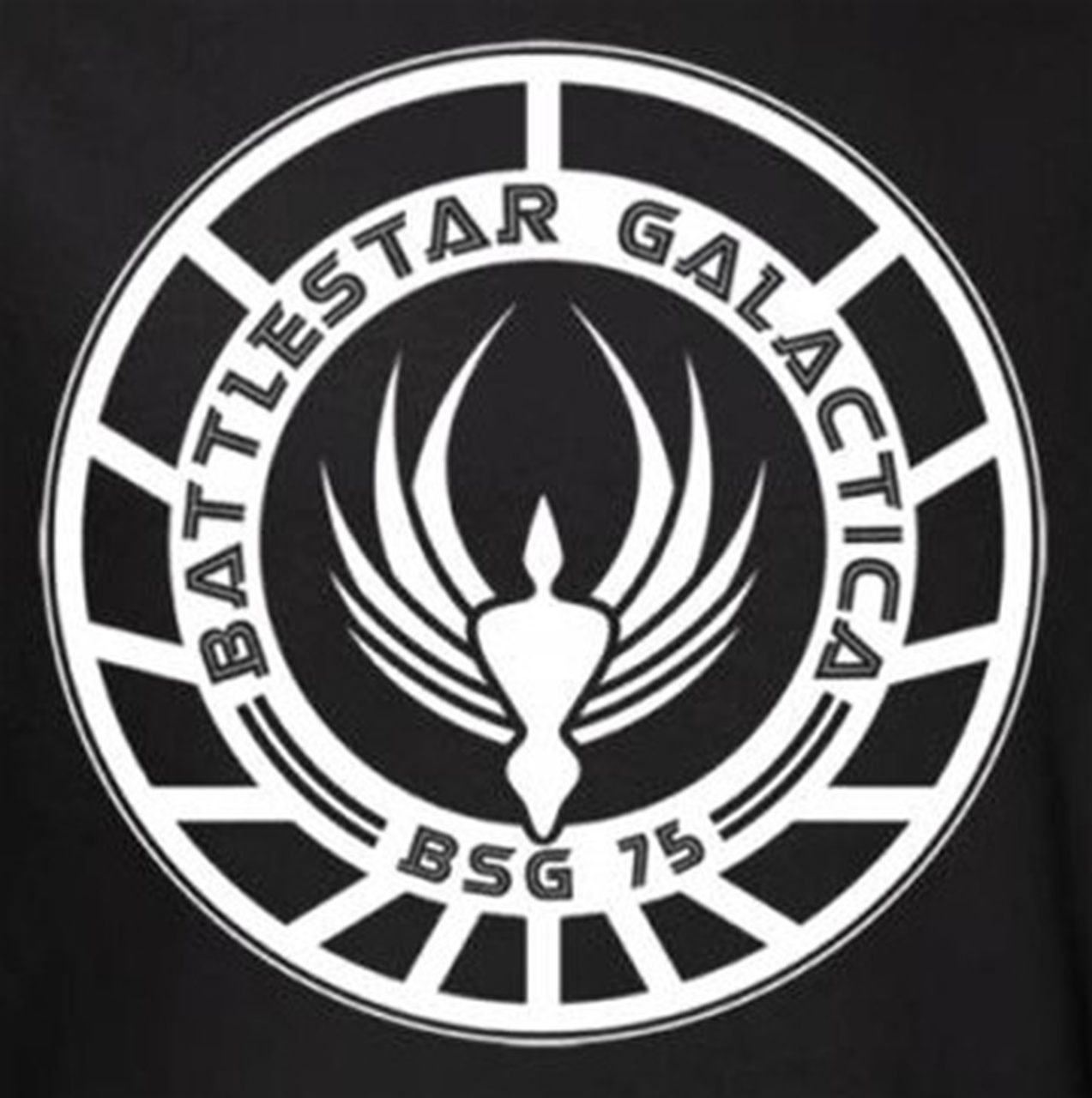 Another show that describes a character arc but in this case the character is the entire Colonial society.  As time goes on the ships and people get more exhausted and dilapidated until the last known tube of tooth paste is considered a major award.  Also I found my bitterness at the horrible ending was lessoned on the second viewing (not that it was any better but I just knew it was coming and it didn't bite so hard).  Also perhaps if you watch it again you can figure out where the Jimi Hendrix music came from and let me know.

Stargate is solid, solid sci fi action and adventure in the truest sense of every term.  While this show has better than other seasons not one season can be considered bad (I even like the Ori).  Each season features another worse villain that is still somehow manageable by our intrepid heroes.  Even nicer still each season is peppered with a ton of great stand alone episodes wherein characters go on adventures not related to the main plot (a phenomenon unseen today.  I'm looking at you  Star Trek Picard).  Most importantly the show goes 10 full seasons and each season is 22 glorious episodes (plus two feature length movies).  If that doesn't carry you through to the end of the quarantine we are in big trouble.  Who is your favorite villain?  Apophis?  Baal?  The Replicators?  They all rock. 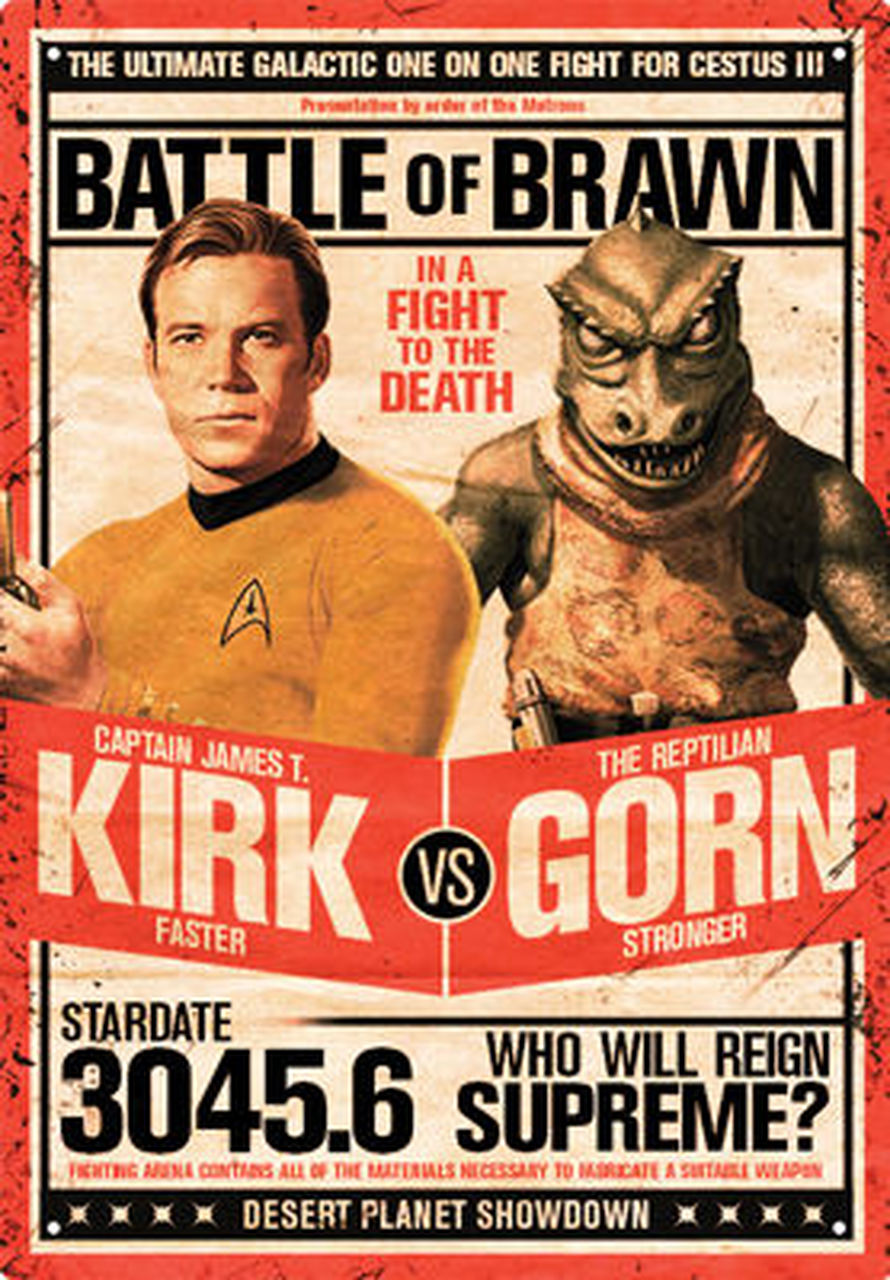 Yes I am a fan boy and no list of good shows can slip by me without this on there.  However think about the wealth of entertainment here.  I will willingly watch any of the old shows (except for Enterprise of course.  Even my fandom has its limits).  My Star Trek favs in order are TOS, DS9, Voyager, and TNG (sorry but there are too many character in the Next Gen that I hate to have it be my fav.  Three to be specific.  Wesley, Troi, and Riker.  They should have all been sucked out of an airlock in episode 1.  I am of course a fan of Picard, Geordi, Worf, Dr. Crusher, and Data but still too many flies in the ointment for me.  Actually the worst character in the whole show is probably Roxana Troi.  Thank you TNG for infecting DS9 with her as well).  But I digress.  Hundreds of great entertainment await you as you trek across the stars with this one.  Also once you are done go watch the Orville. 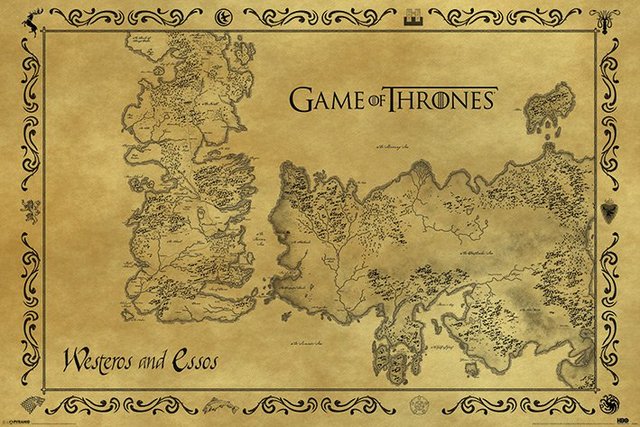 Yes I'm going to go there.  My partner and I are rewatching this now and it is worth it.  Lots of little things to pick up and talk about character development!  Every character in the show either evolves into someone completely different or dies.  However do yourself a favor.  You will end up enjoying the show a lot more if you just stop watching after the Long Night episode in season 8.  You won't miss anything other than your favorite characters turning into clownish caricatures of themselves.  The Hound rocks!

Easily the best story and representation of the Dark Knight in cinema history.  Also any time they use Mark Hamill to do the voice for the Joker you are going to love it (on a side note go back and watch Batman Mask of the Phantasm).  This show remains true to the mythos of Batman in a way that all the CGI explosions in the world cannot.  Also since when did Batman start killing people.  Zach Schnider should actually read a couple of Batman comics before creating Bat Kill Bot. 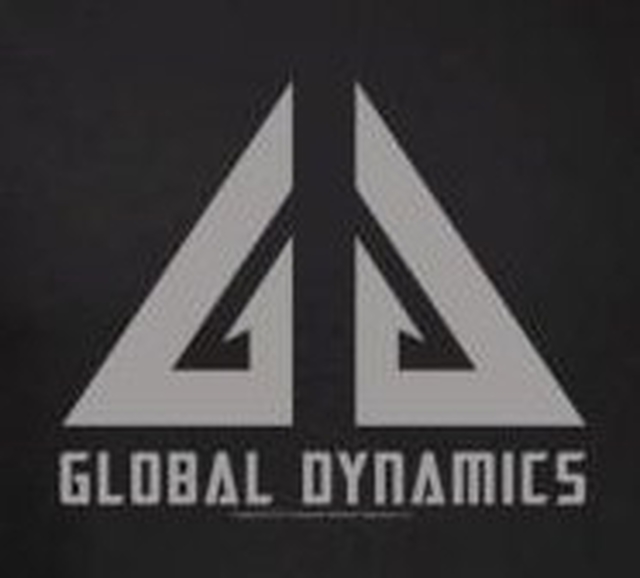 A town where an evil super corporation works on mad science for some nefarious purpose?  Sign me up please.  Fun times in small town sci fi weird America.  And once you are done with Eureka... 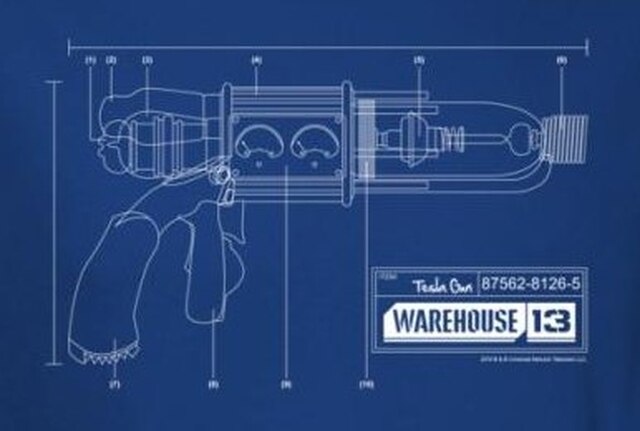 Indiana Jones meets the X-Files.  I actually like this one a lot more than Eureka as I enjoy the episodic nature and the archeological theme.  If you like this one watch the Rick & Morty Episode Something Ricked This Way Comes.  Definitely inspired on some level.

Yeah I know.  Teeny bopper vampire soap opera.  Still vampires are cool enough as long as they don't sparkle in daylight.  This show was my secret embarrassing love.  I would rail against it to my friends yet still managed to watch every episode. 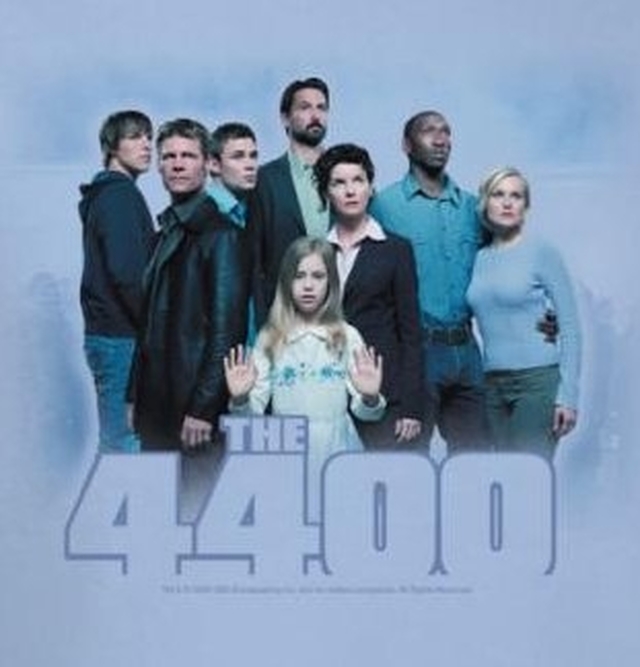 You know a show has you drawn in when the network pulls the plug and you start planning how to best destroy them and everything they hold dear.  4400 missing people show up and develop super powers.  Rock on!

The only reason this is at the bottom of this list is it only goes half a season which in these days means a Tuesday afternoon.   However any nerd worth their salt will do this one no questions asked.  Also if you happen to live with a non-nerd who resists all your attempts to draw them into the wonderful world of Star Trek and Star Wars Firefly is the gateway drug.  Show them this one first and then you can be like "Oh, if you liked that one you might like BSG" and the trap is set.

That's it for now.  I will probably post more stuff like this as I like you am trapped in my apartment.  Thanks, stay safe, stay healthy, and enjoy these shows!