The Case for the Ferengi

The Ferengi have a bad rap amongst my nerdy group of Star Trek loving
friends. Some say they are offensive, racist stereotypes. Others say
they are too comedic - good Star Trek is serious, they argue. Nerdy
friends even call the Ferengi boring, one dimensional, and annoying. 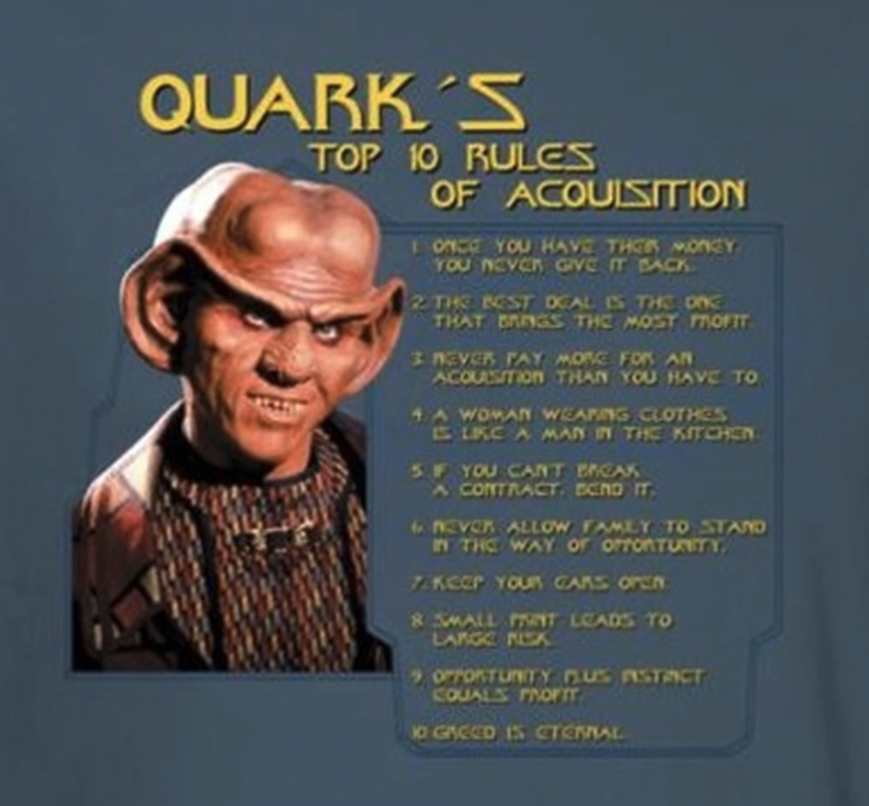 The Ferengi, in my opinion, offer some of Star Trek’’s most poignant
social criticisms of modern Americans. The Ferengi are an annoying
reminder of who we really are as “hooomons” - materialistic, greedy,
and selfish.

Most Trekkies, myself included, imagine themselves as a valiant and
honorable StarFleet officer who puts duty first without any need for
more than a carry-on full of personal items. Seth MacFarlane made
himself the Captain of his own starship boldly going where no man has
gone before. I always thought I would be a brilliant but humble
science officer who, of course, is content with replicated food and an
austere lifestyle filled with standard issue gray furniture, towels,
and chairs. If we “hooomons” didn’t have to worry about where we would
get our next meal, we would, in our imaginations, magically turn into
selfless do gooders.

Reality is far less utopic. I’ve met thousands of people who have
decent jobs, investments, and retirement accounts sufficient to
sustain their basic survival. I’ve met many people doing good work in
the world who remain unfilled by serving others. Almost everyone I’ve
ever known (aside from a few monks) is chasing a power, weath, or
status. They want boats, planes, bigger homes, newer computers, nicer
clothes, and longer vacations. Even my more do-gooder friends long to
be recognized and remembered for their accomplishments. They want to
be famous, remembered, and revered.

Just like Quark, they aren’t satisfied with a simple life and
constantly compare themselves to others. Quark is a dramatic
embodiment of the critical inner voice that tells us we aren’t good
enough. In DS9 S4E24 Quark complained to Rom, “I'm nobody - just some
bartender with a domineering mother and an idiot brother...I'm a joke
on Ferenginar - Starfleet's favorite bartender, the Synthehol King!
What a legacy.”

Rom, who could be a stand-in for my kinder and more supportive inner
voice, responded kindly. “You're not a joke here. You're a respected
businessman… a pillar of the community...a man with... many friends.” 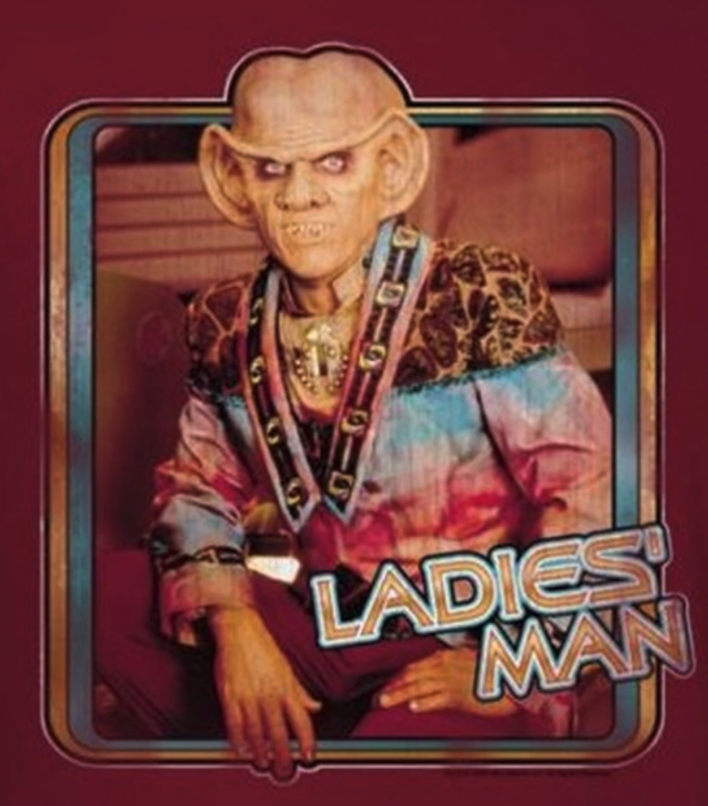 Quark fired back, “Friends? Community? You sound like some sniveling
hu-man. The only opinions I care about are those of my peers --
Ferengi businessmen. In their eyes, I'm a second-rate, small-time
operator.”

If Quark and Rom represent the human inner battle between generosity
and greed, much of our human behavior suggests that, as depicted in
DS9, Quark is usually the louder voice. Everyone wants something they
don’t have. It’s part of being human.

In DS9 S5E25, Nog, the first Ferengi starfleet officer, initiates a
string of trades that exposes the main character’s wants beyond duty
and replomat issue uniforms. Chief O'Brien wanted time off to go
kayaking, Dr. Bashir wanted his childhood bear back from his
ex-girlfriend, Major Kira wanted to be funny in front of an important
crowd, Weyoun wanted to live forever, and Captain Sisko wanted a rare
baseball card.

Wanting is part of the human condition. Humans, by nature, create
demand for rare items which in turn leads to the creation of a
marketplace with currency. The Ferengi remind us that we are not
likely to escape the great marketplace. In DS9 S5E25, Nog and Jake
discuss the issue humorously:

Nog: "It's my money, Jake! If you want to bid at the auction, use your
own money."

Nog: "It's not my fault that your species decided to abandon
currency-based economics in favor of some philosophy of
self-enhancement."

Jake: "Hey, watch it. There's nothing wrong with our philosophy. We
work to better ourselves and the rest of Humanity."

Nog: "What does that mean exactly?"

Jake: "It means… it means we don't need money!"

The lighthearted bander between Nog and Jake helps this Treki stomach
the clear and obvious point -- the utopic star trek universe isn’t
very realistic. The Ferengi are not boring, one dimensional, or
annoying. They are brilliant, poignant, classic jesters able to make
insightful yet confronting commentary about the human condition

without totally dismantling our fantasy of Star Trek.