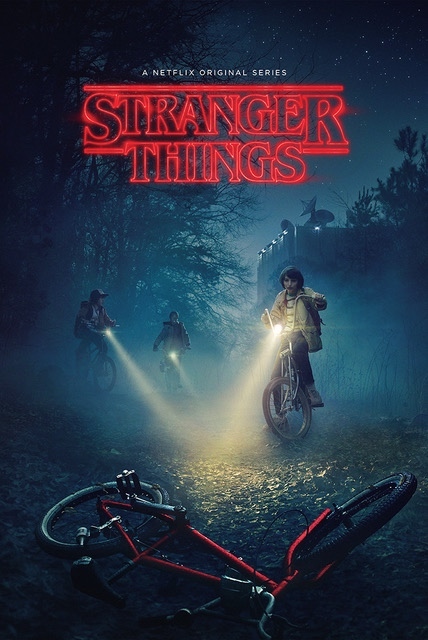 The third season of Netflix and the Duffer Brothers’ hit show Stranger Things is not the superhero movie that folks thought it would be, pitting a telekinetic child against an interdimensional monster. Rather, this season is a lighter-in-tone love-letter to a long-lost era of American culture that came of age at the local mall. Sure there are some epic monster-fights and even a Cold War-invasion subplot, but the real lead of this season is the fictional Starcourt Mall. Shot at the real-life Gwinnett Place Mall in Duluth, Georgia, the Starcourt could be any of the local malls people of a certain age remember from their youth. Instead of unraveling the mystery of this monster, the Upside-Down, and the mythology of the show, we spend most of our time reflecting on changing consumerist culture in America how almost everyone in mid-1980s’ Middle America was a Reagan Republican.

Let’s Go to the Mall!

The most impressive thing about Stranger Things 3 is not the story, the excellent cinematography, nor the inspired performances from the young actors. No, what’s shocking is how recognizable the Starcourt Mall is to everyone who lived through that era. The wood paneling on store fronts, the kids lounging around eating in the food court, and the fashion from moms to hip teenagers all look as though they were ripped right through time to the modern day. Mall culture was a very real thing, because it was a place that parents could go to do all their shopping at once and kids could meet up with friends. For the first time, the high-stakes adventures these kids go on seemed to interrupt the more interesting or, at least, more familiar story of what happens at the mall. Today, shopping malls are struggling to stay in business thanks to the ease of online shopping. Then? The mall was the future of retail, signaling the end of the “Mom and Pop” businesses that filled the storefronts of Main Street, USA.

Malls weren’t invented in the 1980s, of course. Like most modern infrastructure improvements made in America they sprang up in the late 1950s and early 1960s. A response to the growing middle class in America, these commerce centers were slow to catch-on. Shopping was a more personal experience and malls seemed impersonal, at best. Yet, by the time the late 1970s and 1980s rolled around, malls became very important places for young people to gather, flirt with each other, and sneak cigarettes behind their parents back. For them the mall wasn’t a place to work, as much as it was a place to socialize. It also offered an opportunity for them to meet up with kids who went to other schools or lived in other neighborhoods. It was like the U.N. of teen cliques.

Nostalgia for the Peak of American Consumerism

Stranger Things 3 does more than just stoke nostalgia for the heyday of the mall. Believe it or not, as 12-year-old actress delivered perhaps the most cogent definition of Reagan-era capitalism while convincing other characters that she deserved free ice-cream for life. It is impossible to separate past eras from their politics, and during most of the 1980s, the economy boomed. A huge jump in technology, from bigger and bigger televisions to early computers, introduced a lot of items in the typical American family home. Kids wore “designer” clothes, defining their styles by what stores like the Gap and wherever they sold Jordache jeans. Family spent money on trips to the movies, or they picked up new toys for the home like VCRs or Atari video game systems. We didn’t worry about where the products came from or where we used to get those things. The mall was like an old-timey market bazaar but housed in the royal palace rather than the streets surrounding it.

Yet, this nostalgia for that time is not without irony. A subplot of Stranger Things 3 centers on how the mall affects the retail businesses on Main Street. It could be seen as an allegory for how online-only businesses like Amazon or Netflix are affecting their respective rivals. Malls across the country are closing down because people gather virtually these days rather than hanging out in the food court or meeting up at the multiplex. Today, instead of driving all the way to the mall, kids prefer to hang out in their neighborhoods or, in the case of social media or video gaming, online. Still, Stranger Things 3 definitely captures how “fun” mall culture once was, especially for the kids who got to grow up around it.

Stranger Things 3 biggest star wasn’t one of the kids or even the monster from another dimension, but rather the Starcourt Mall’s stunningly accurate 1980s look. .