The Big Bang Theory isn’t just famous for its sci-fi, geeky, and hilarious context. The guys of this television sitcom have given some serious fashion goals too. Won't you want to channel their geeky style? No, you don't need to go head-to-toe like them! Just create a capsule wardrobe. Choose the essentials such as t-shirts to have a touch of their geeky personality.

Take inspiration from these 10 most popular Big Bang Theory t-shirt designs. One doesn’t have to be a physicist or engineer to get involved in nerdy fashion. These picks allow everyone to rejoice the geek culture. So, here we go...

Save this t-shirt having Sheldon Cooper’s favorite catchphrase for those bazinga moments! The intellectual prank that Cooper played on Leonard gave birth to this word. Of all television inspired graphic t-shirts, this one from TBBT is quite famous. Choose the tee with just the catchphrase or go for the one having Sheldon’s face printed on it. Showing off this tee will have you many stolen glances, and that’s for sure. 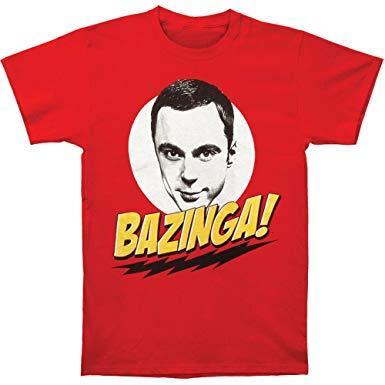 How many super-villains do you know having an IQ of 187? How many of them acquired advanced degrees? It's hard to figure it out; right? Maybe not! Sheldon is just a lab accident away to claim this position. T-shirt showing lab beakers either side of Cooper's face justifies this fact. 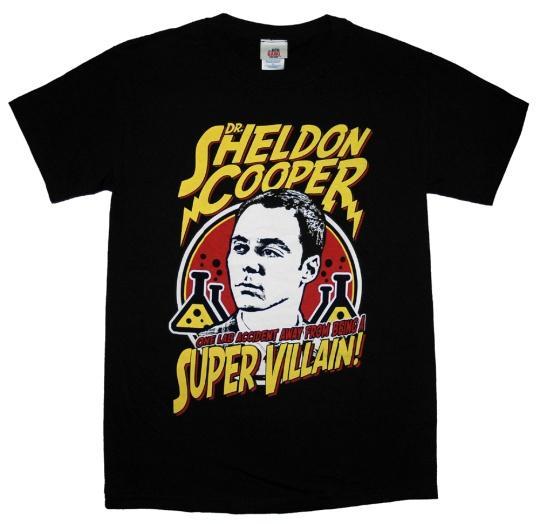 Hey girls, here is the answer to your question, ‘how to dress like Penny in TBBT’? the Big Bang Theory t-shirts are there to help you out! Pick a custom t-shirt that features "Knock, Knock, Knock, Penny!" either for one or three times. Once again, Sheldon comes into the scene. It's actually his idiosyncratic knock that he uses on Penny's door. 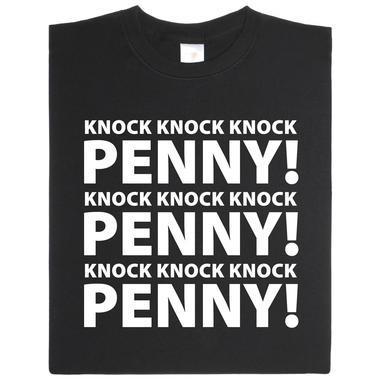 Those cat persons would definitely relate this TBBT-inspired t-shirt with them. It’s actually the song sung by Sheldon’s mother when he was sick. It first appeared in "The Pancake Batter Anomaly" episode of the first season. In this episode, Penny sang the song on sick Sheldon’s request. The lyrics are— “Soft kitty, Warm kitty, and little ball of fur. Happy kitty, Sleepy kitty, Purr, purr, purr." 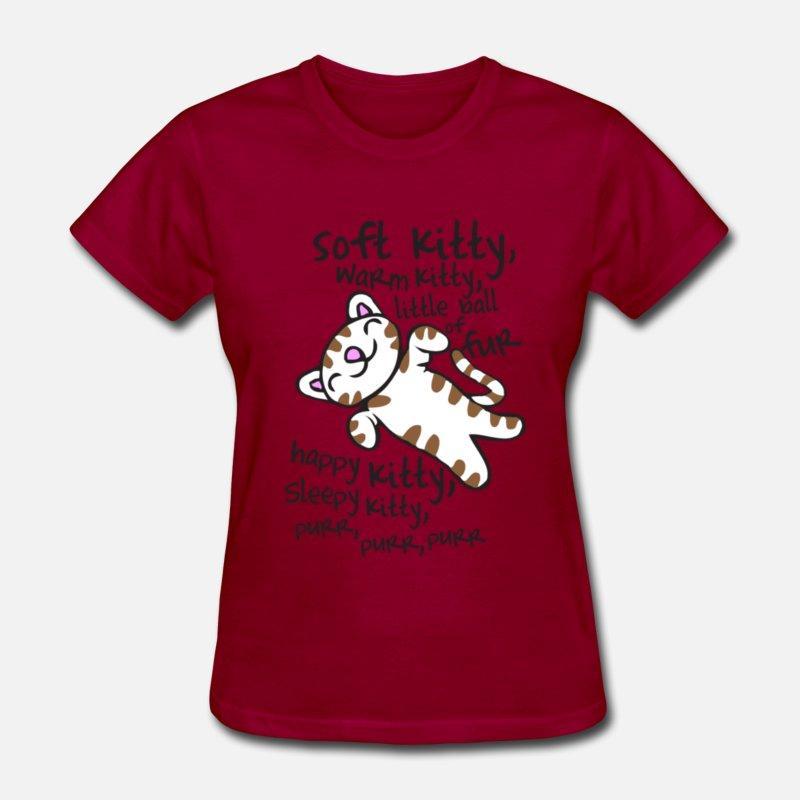 Sheldon interacts with his friends via Shelbot, so Penny addresses him saying ‘What Up, Shel-Bot.’ Wearing this tee will surely add some geeky zing to your personality. 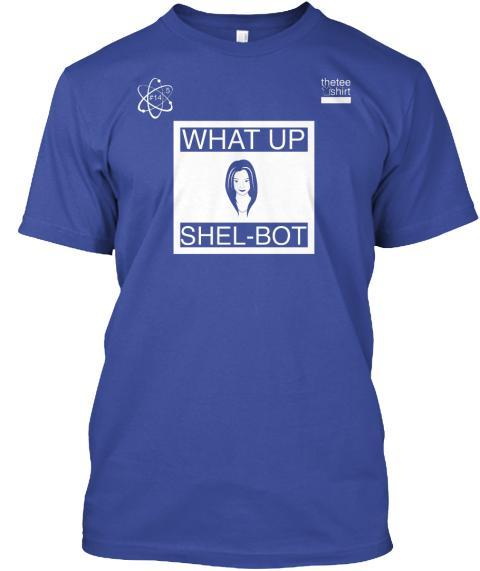 When Sheldon heard Barry Kripke was in charge of the open science grid computer or the university that he needed, he created this algorithm. He devised it and befriended Kripke. If you want to show off your friendly side, friendship algorithm t-shirt is definitely the right choice. 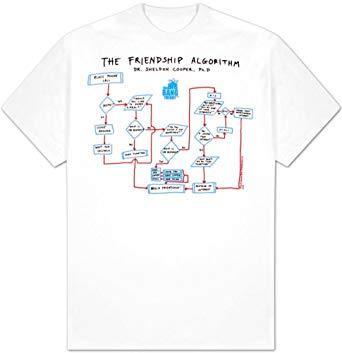 Remember, Cooper's saying "I cry because others are stupid and that makes me sad" to comfort crying Penny? That phrase is sure to look great when printed on a t-shirt. 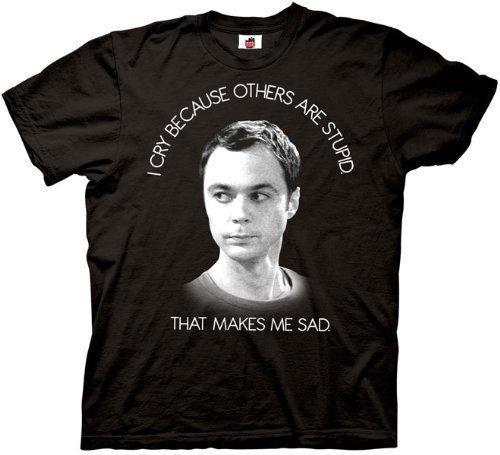 How about custom t-shirt printing where you print all the characters in a single frame? Sheldon, Howard, Leonard, Raj and Penny, all in one frame will surely make you a super TBBT fan! It’s up to you how you would like to get your t-shirt printed. 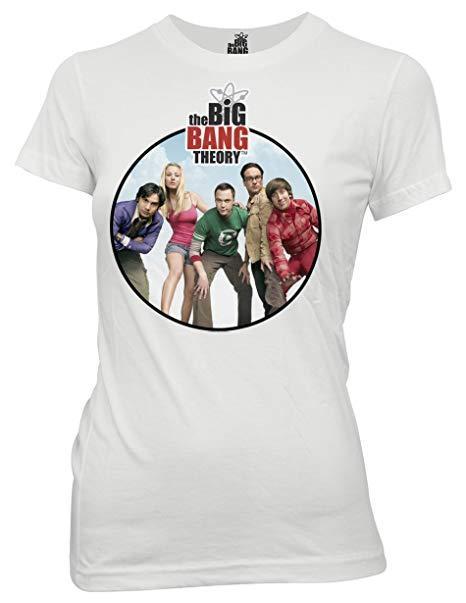 Sheldon sure knows where his spot is so will you and others if you don this t-shirt. Pick the color of your choice and be ready to smarten up your look. 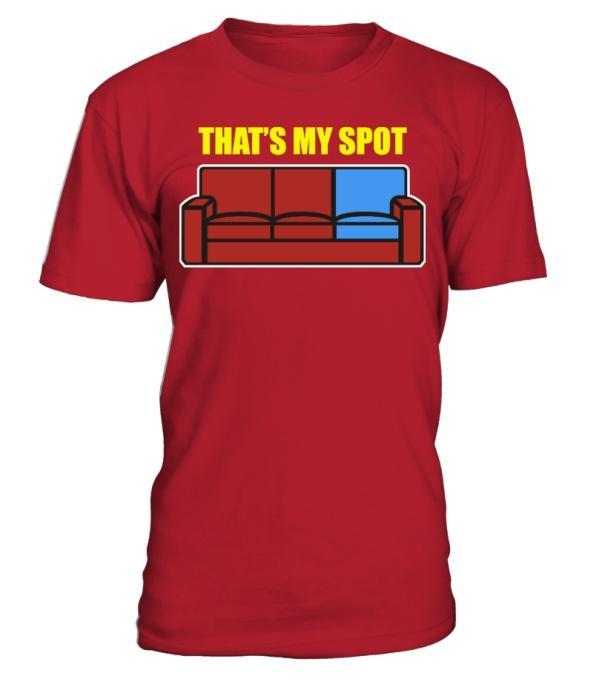 Although Raj has always been shy around women, but once drunken, his hesitation goes away. The self-claimed ladies’ man gives us a reason to enjoy his hilarity. This t-shirt is what you need to ward off shyness and walk like a man, in fact, ladies’ man! WINK, WINK 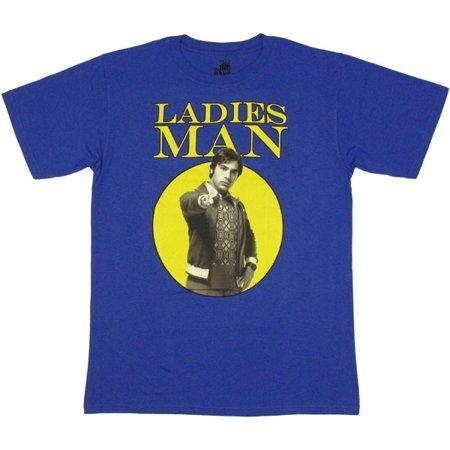 When it comes to TBBT t-shirt design, the choice is immense. Channel the lead characters' nerdy styles by slipping into t-shirts mentioned above. Don't forget to mention which t-shirt you liked the most in the comment section.