Alright Star Wars fans, what are your feelings about the alleged gray Jedi? There seems to be some disagreement over whether or not the gray Jedi really exists. Some say he does; others say he exists only in the minds of Star Wars fans whose imaginations take things too far.

What is our opinion? We don't really care what you think about the gray Jedi just as long as you buy a T-shirt. Anything Yoda, Princess Leia, or Chewbacca will do just fine. If you're not into T-shirts (how is that even possible?) check out our Darth Vader socks and BB-8 coffee mugs. We have a full inventory of stuff just waiting for you to geek out on.

So, about the Gray Jedi

We brought the gray Jedi discussion out of the closet, so we're going to have to deal with it. Let us start with the basic concept of the Jedi itself. As any Star Wars fan knows, the Jedi are not a particular race or species. Being a Jedi knight is not a job, per se. The Jedi are an order of people – something akin to a religious order combined with a fraternal organization. 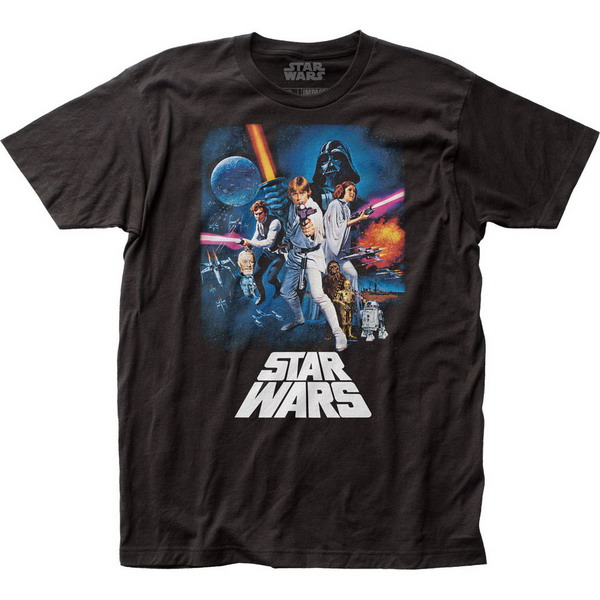 The Jedi play a central role in the Star Wars universe. Their primary job is to maintain law, justice, and order. If you've ever seen the New Hope movie poster, you know that it features three Jedi: Luke Skywalker, Princess Leia, and Obi-Wan Kenobi. Take a close look at that poster and you might figure out why the gray Jedi debate even exists. And by the way, we sell T-shirts with an image of the New Hope poster across the chest.

Star Wars geeks get the fact that the Jedi abide by a strict code written in ancient texts and enforced by the Jedi Council. The entire gray Jedi debate comes into play only because there are certain Jedi that don't seem to feel it necessary to always play by the rules.

Let's go back to the New Hope poster. The central figure, Luke Skywalker, has his light saber hanging from his belt. What is he holding in his hand? A blaster. Apparently, that's a no-no. The light saber is supposed to be the only weapon the Jedi uses. So, is Luke defying the Jedi code or just being a smart combatant?

Those who believe in the gray Jedi say that Jedi Masters like Luke Skywalker can bend the rules a bit without jeopardizing their status. Others go one step further. They say that gray Jedi know how to use the dark side of the force but choose not to do so – at least for the most part.

At the end of the day, the gray Jedi debate doesn't really matter. The only thing that matters to most Star Wars fans is that the light side of the force prevails in the end. Whether or not Luke always uses his light saber is a non-issue. Nor does it matter that Rey is the daughter of a Sith and, apparently, one of the most powerful Jedi in the Star Wars universe.

While others debate the existence of the gray Jedi, you can show your support of all things Star Wars by wearing some cool T-shirts from Nerd Kung Fu. We have just about everything a Star Wars geek could want in the T-shirt category. We also have a great selection of other apparel items and some odds and ends to go along with them.

Order today and may the Force be with you.