Every older Millennial gamer knows Final Fantasy VII. If there is any single console RPG that approaches universal acclaim, it's FF7. Even people too younh to remember the original PlayStation know that game. I remember walking into a gas station a few years ago and seeing a cup of Ramen noodles with Cloud Strife on the side. I looked at it in astonishment and thought to myself, "Good lord! More than twenty years later and Square Enix is still making money off of this character." Whether you enjoy JRPGs or not, you cannot deny the sheer staying power of FF7. In a game series with fifteen entries spanning several decades, FF7 stands out as the apex. Not only is it the best final fantasy game, itembodies the very essence of the series. It's almost archetypal. There's a reason why final fantasy posters still sell so well. 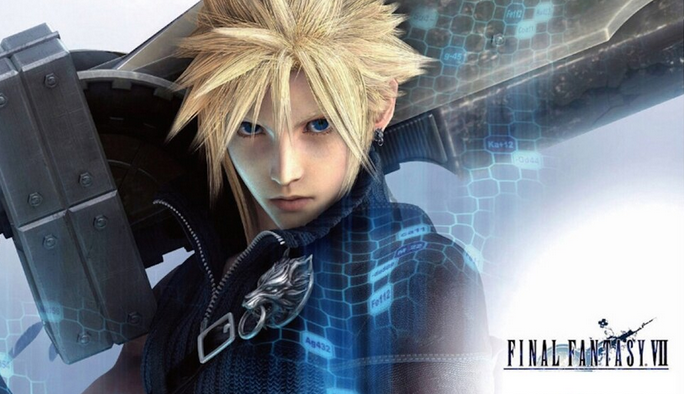 One of the things that made FF7 great was its musical score. Composed largely by Nobuo Uematsu, the FF7 score contains dozens of famous tracks. Some are upbeat, some are ominous, and some are happy, such as the famous Chocobo theme. I want to list what I feel to be the top five best tracks from the game, the really stand out pieces. More than twenty years on, people still record guitar covers of these tracks on YouTube. These songs may have been made for a video game, but they're so good that they're still listened to by people who weren't born yet when the game was released. Here are my personal top five:

I remember the first time I beat the game. My party consisted of Cloud, Cid, and Vincent. I remember the feeling of wonderment when I saw Bizarro Sephiroth. Such a strange boss, fought from several different angles, with multiple parts that must be destroyed in a certain order. And the music! Birth Of A God is such a striking and dramatic piece. It starts off with a fast-paced contrapuntal theme. When I first learned to play it on acoustic guitar, I realized that there are several interlocking voices. The music perfectly communicates the feeling of a final, desperate struggle, which is why it's fitting that it plays during one stage of the final boss.

Creepy. Futuristic. Desolate. Call me crazy, but I feel that the Mako Reactor Theme taps into some kind of deep collective fear about the march of industry and environmental destruction. The buzzing synthesizers and slow marching drums are eerie and intense. On top of that, this music plays during one of the most visually striking parts of the game: the Mako reactor near the beginning. Trudging through the long level with this music playing makes an impression on anyone who plays the game.

This piece is almost a musical onomatopoeia. The thumping bass and digitally-rendered palm-muted guitars practically sound like a motorcycle engine. The tempo is quick and there's a strong influence from the metal genre. I swear, Nobuo Uematsu must have been blasting a lot of Motorhead and Judas Priest when he wrote this. Listening to it, you can hear shades of biker music, the echoes of 70s and 80s hard rock and metal. The song takes place during a motorcycle chase, of course, but there's an overlooked aspect of that: most of the game is turn-based. The motorcycle chase, however, is a real-time fight with adversaries while speeding down the highway. You're cutting them down with a sword from your motorcycle like some kind of bizarre techno-knight fighting from a bike instead of horseback. The presence of real-time combat in a turn-based game is an adrenaline-pumping surprise, and this song suits it well.

2. THOSE WHO FIGHT FURTHER

In most games, I dread boss fights because of their difficulty. I spend a lot of time preparing and making sure my party is properly equipped. But in this game, I rushed toward the next boss fight as quickly as possible, just to hear this music. Later on in life I got into metal, but that wasn't until I was thirteen or fourteen. At the age of ten, when I was playing FF7, I didn't know what metal was. But I heard the blazing guitar riff that opens Those Who Fight Further, and felt the strangest urge to bang my head. Most games have orchestral or techno-inspired instrumentation. This was my first exposure to a game with a metallic soundtrack. Not coincidentally, FF7 is the only game that I've ever bought the soundtrack for. The second biggest reason for that was this song. The single biggest reason was the next song on this list.

I remember being impressed by the orchestral sound of this final boss track. This was the very last battle in the game, and it had suitably epic music. You can really tell that Uematsu poured his heart into this one.

And then the singing starts.

I remember being blown away by the chorus. In a game with entirely synthesized music, the presence of an actual voice recording blew me away. And it was so sinister! The Latin lyrics, taken from Carmina Burana, are menacing both in translation and as pure sound. The coldness of the initial chorus gives way to more instrumental music. Finally, there's a long passage where a chorus of baritones repeatedly chants "veni veni venias ne me mori facias" over a sinister bass from the string section. This piece was my main reason for acquiring the soundtrack, and it has been played by real-life orchestras and metal bands.

So there you have it: the top five songs from FF7. Now, if you'll excuse me, I think I have a final fantasy poster to pick up.